Right-click and save link: LoFi | HiFi 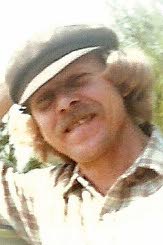 Jerry was a long-time peace activist, and more recently a radio host on KRFP’s Peace Radio program every other Sunday.  He was keen on interviewing those who organized for veterans, airing important Al-Jazeera stories, and making sure plenty of information and inspiration for the local peace community got on the airwaves.

There was a Jerry Swensen memorial edition of Peace Radio aired on Sunday, June 6th 2-4 pm, which would have been Jerry’s next radio slot had he continued living.

The show is posted here:  http://www.archive.org/details/PeaceRadioJerrySwensenMemorialShow

We also have this Public Service Announcement from Jerry’s family to those who knew him:

Please come when you can, leave when you need to.

A “grassroots more or less organized” period of sharing will begin at 2:45.

Jerry’s family and Swilly’s are hosting.

For those who might want to help: two of Jerry’s cats still need homes.

Please RSVP if you are planning to attend and if you can take a cat. Email responses to Liza Swenson at ls0672@hotmail.com .

He received his bachelor’s degree from the University of California-Berkeley before joining the Peace Corps, when he taught in Somalia for three years. Soon after returning home, he relocated to Moscow, where he worked for the University of Idaho on agricultural research, until he retired in 2001.

After retirement, Jerry committed his time to creating a just, peaceful and sustainable future for generations to come. He truly embodied the maxim, “Think globally and act locally.” His knowledge of local, national and international news was expansive, and he put this knowledge to work, tirelessly organizing and publicizing vigils, demonstrations and educational events. Jerry combined compassion and dedication with courage, professionalism and clarity of purpose to congeal each event into something concrete and workable. He was an inspiration to many, and his passing leaves a void in the space he once occupied, as well as a shared need to carry the activist’s burden as he did throughout his life.

Jerry is survived by his daughter, Liza Swensen, of Pullman; his mother, Mary Swensen, of Pinole, Calif.; his brother, Dan Swensen, of Eureka, Calif.; and sister, Judi Guadarrama, of Martinez, Calif.

He was preceded in death by his father, Arthur Swensen, in 2004.

The family asks that any donations be made in his honor to the Palouse Peace Coalition, KRFP Moscow, and the CommUNITY Walk.

A memorial service is currently being planned for June 20 at Swilly’s Restaurant in Pullman.

Arrangements are with Short’s Funeral Chapel of Moscow and online condolences may be left at www.shortsfuneralchapel.net.